By Robert Lachman
This week I am going to review doubleTwist software. This is a free program to organize and transfer your media from your Mac to a cell phone like a Blackberry.

Since I use a Blackberry, this software really piqued my interest. It is possible to move media around, but it’s a pain, because you need to manually resize your movies and photos and then drag them onto the phone’s flash card.

doubleTwist makes all of this very easy. It’s simply a matter of point, click, and drag.

The software supports a variety of phones including the Blackberry Curve, Pearl, Storm, Bold along with G1, Android, Nokia, Sony, Ericsson, LG, and Motorola.

According to doubleTwist software company,

“Browse through your media and play anything. doubleTwist supports all major audio and video formats.

doubleTwist works with your phone, MP3 player, PSP, camera, video, and other media where you go.”

The multimedia software requires an Intel Mac with OSX 10.5 Leopard.

The software uses your basic iPhoto-like looking interface. It allows you to move media from Aperture, iPhoto, Lightroom, and the Pictures folder. You can add any folder on your hard drive to the media selection pane. 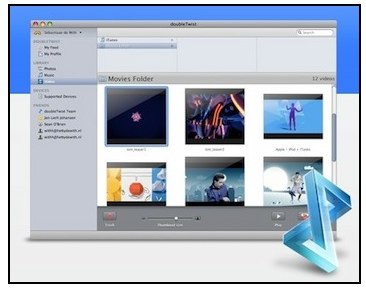 I just plug in my Blackberry Curve via USB, and after it appears in the left pane, I just drag photos, video and music onto the Blackberry icon. doubleTwist sizes down your photos and videos automatically. I couldn?t find any way to customize the sizes.

The answer to the big question is NO. It does not remove the copy protection from your protected iTunes music. You?re either going to pay Apple 30 cents extra per track for DRM free music, or figure another way to turn them into an unprotected format like MP3s.

doubleTwist, which is now in public beta, also has a web component which makes it a breeze to upload your photographs to Flickr and Facebook. You can also email links to the photos or movies. For now, the web based cloud service, is free to store the media on your doubleTwist account.

I did run into a problem when I tried to move an AVI movie file from my iPhoto library. The video looked good on my Blackberry, but had sound problems with only static noise on my audio track.

Also, I thought it would be nice if you could eject your device from the interface.

I posted my problem and suggestion on the doubleTwist community help forum and received a quick response from the developer. The software is new and it seems like they are happy to take your suggestions and work them into a promising and much needed software.

Since doubleTwist is in the developing stages, you may find some minor problems along the way. As a Blackberry user, I’m looking forward to a more polished version to solve my cross-platform multimedia needs. 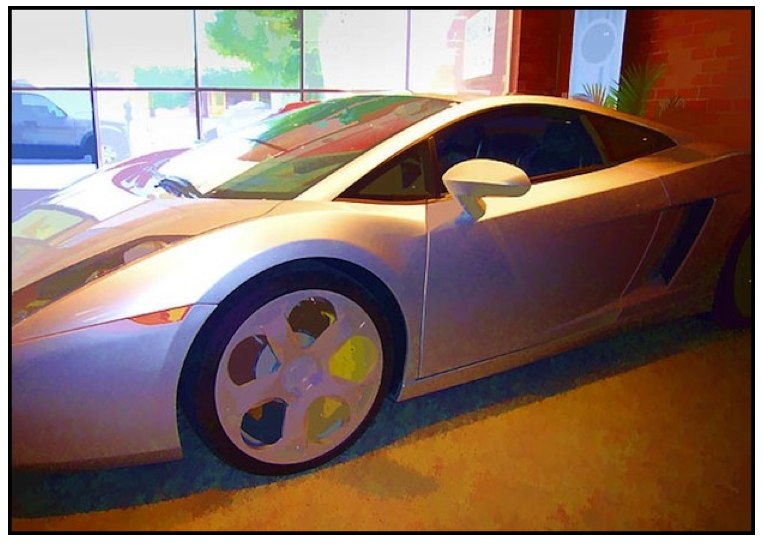 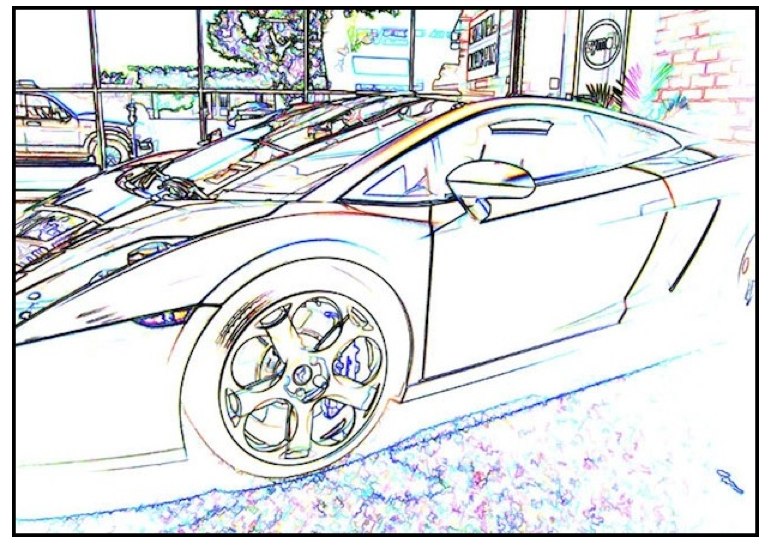 By Robert Lachman
This week I am going to review Topaz Simplify from Topaz Labs software.

Simplify is a plug-in for Photoshop and Photoshop Elements which basically removes small stuff from your photographs. Sounds confusing. I mean it specializes in removing really small details, although this software lets you adjust how small. I guess you?re not sold on it
Topaz Labs demo at Macworld 2009
yet. Especially when you buy expensive cameras to give you more pixels, more information and more details.

This software almost sounds counterproductive, but this isn?t the case.

The main effects produced by this software is converting your photos into color or black-and-white line-drawings or making your photographs look like paintings.

I know, Photoshop and Elements have these features, but the Topaz Simplify plug-in makes it so simple with very fine controls.

Topaz Simplify is very easy to use and it works great. Maybe if I went through one of those giant photoshop books, I could figure this stuff out on my own, but I don?t see that happening. I need simple and fun, Topaz Labs? plug-in Topaz Simplify hits the mark simple and fun mark.

Simplify should come with a warning: ?Don?t download unless you don?t want to spend a lot of time trying out the cool effects.? It?s amazing to watch the process and how easy it is.

If my explanation makes you more confused you can go to their website where they have a great video tutorial which explains how it all works. They even use different side dots to illustrates how it all works and how all the small elements are affected by the software.

According to the developer:

?The software turns any regular photo into a masterpiece of art with the sophisticated Topaz Simplify plug-in tool for Photoshop. Blur the distinction between photographic realism and art to give your viewers something truly unique to look at.?

The plug-in interface looks similar to the other Topaz Labs. You can view the images at 100-percent or the photo can be blown up if you need a close-up view for close detail work.

Again, like most of the Topaz Lab software, you work from left to right. Your first tab choice is the presets which include: cartoon, image crisp edge, colorful and hard color painting, painting oil, painting watercolor, sketch color, sketch hard pencil and sketch light pencil.

The next tab is Topaz Simplify which it main slider you will use the most Simplify Size. This changes the sized of your features. I do recommend working on a duplicate layer so you could bring back details you may want later. Other sliders will bring back some of the details like details strength, boost and size. 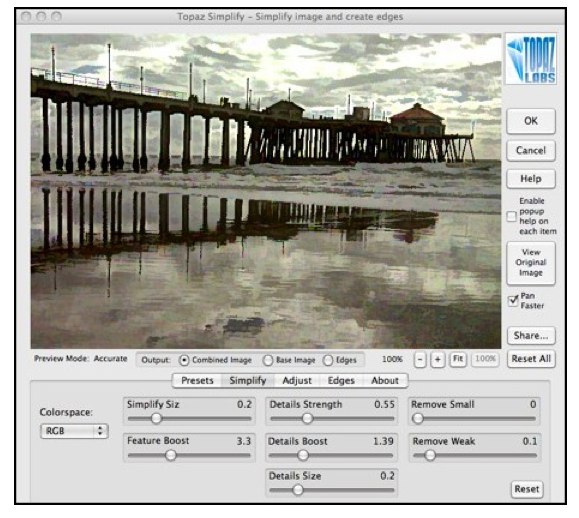 Other tabs include Adjust which includes: brightness, contrast and saturation.

Next comes the Edges tab. This is where you have all sorts of control turning you photographs into line drawing. In the Edge tab you have a Type menu which gives you the chx oice of edge thickness and color or black & white.

I think Topaz Labs has done a lot of great work with the Topaz Simplify plug-in and I would highly recommend it.

Topaz Labs v.1.0 cost $39.99. They have a free 30-day free trial offer on their website. They?re also offering a suite of three of their products: Topaz Adjust, DeNoise and Simplify for $99. It should be available at this price for the next couple of months according to the developer.