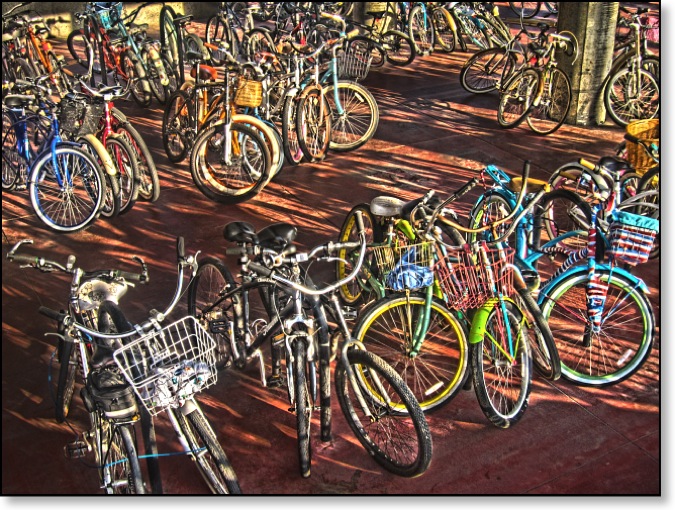 OneOne software is selling their Plug Suite for 50% off thru Sept, 16, 2010. It’s a great deal and great a way to enhance you images. I use it a lot with my ?personal photos including my iPhone masterpieces. Certainly the plug-ins from the suite I use the most are FocalPoint2 and PhotoFrames 4.5. You can check out my review of Focal Point here. 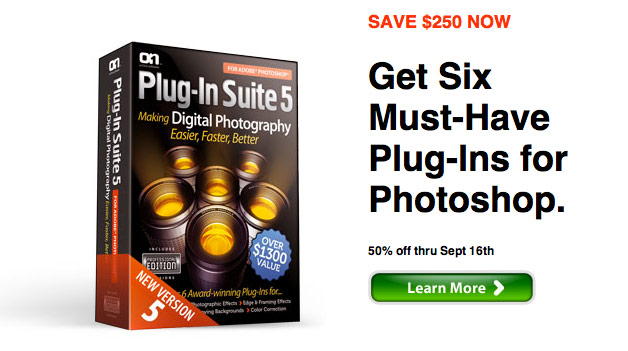 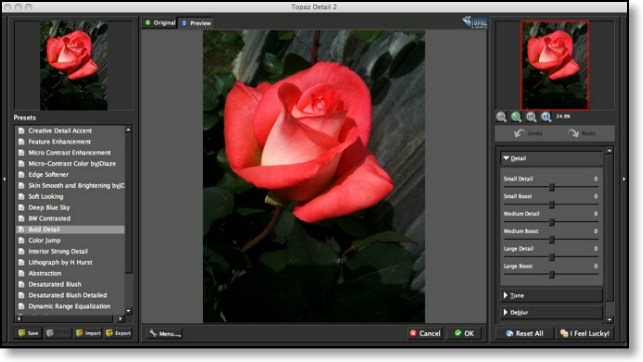 Just had a few minutes to check out the new version of Topaz Detail but it’s hard not to notice the sleek new interface and speed. Check it out here if you get a chance.

If you’re interested in Topaz Labs software plug-ins for Photoshop or Photoshops Elements check out the great deal they’re offering on their bundle of products this weekend for $199. on the PhotoshopInsider website. Also, you can go to the Topaz website and use the coupon code SCOTTKELBY at checkout. The deal ends at 12:00 Midnight EST this Sunday,? December 6, 2009. The software plug-ins include: Adjust, Detail, DeNoise, Simplify, Clean, DeJPEG, and ReMask.