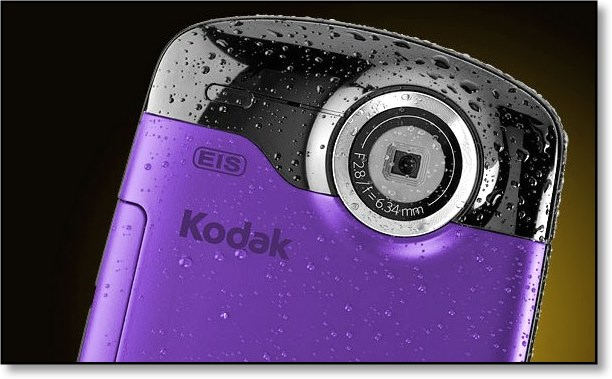 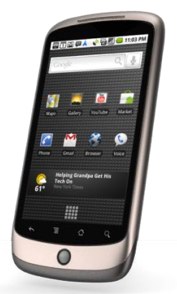 By Jessica Guynn
Internet giant Google just unveiled the Nexus One, a smartphone that it bills as the connection between the phone and the Web, at a news conference this morning at its Mountain View, Calif., headquarters.

A company spokesman said the smartphone is the next step in Google’s ambitious strategy to spread its dominance on personal computers to the emerging market of mobile advertising and products. Key to that strategy is pushing for devices that smoothly run Google’s growing number of consumer products. READ MORE…

I found the perfect gift for myself for Christmas next year. It’s a combination iMac and Coffee Maker. Anyone who knows me, “Time 4 Coffee,” knows it’s the perfect give for me. Although, it needs to use those Kuerig K Cups. I’ve really gotten spoiled using their coffee makers. This invention from Kiwidee really fits the bill for two of my favorite hobbies. The inventor of the contraption explains it on his website, “Well, that’s the way 53 years have passed by…..and in the present, on offer: coffee making computers with plenty of bass…..to be continued.” I spotted this on the Engadget website which has a short article about the iMac-Coffee Maker. -RL

By Darren Murph
Do you have even the slightest clue what you get when you shove a perfectly operational Mac mini, JBL Spot subwoofer and WMF1 coffeemaker into a perfectly defunct iMac DV case? The iMac CS, that’s what. In one of the most bizarre and aspirational mods we’ve seen in quite some time, one Klaus Diebel has managed to combine three devices that wouldn’t typically be shoved within the same enclosure… into the same enclosure. READ MORE…

The YouTube video from Shorewood High School in Washington state looks normal when it starts. It’s a lip dub — a lip sync of a song done in a single take with numerous students taking part — of the infectious Hall & Oates tune, “You Make My Dreams Come True.”

There are numerous lip dubs online, and this one is pretty much like any other, beginning with an enthusiastic girl running through the halls of the school, mouthing the words. But there are some odd things going on. Some students around her are doing impossible-looking acrobatics as the camera passes by. Objects fly up from the floor. READ MORE…

When is an iPhone better than a DSLR?

Chase Jarvis has a lot of very expensive camera equipment, his own photo studio, and years of experience as a professional advertising photographer. His current camera of choice? An iPhone.

Before this shot was taken, Chase and his wife Kate were enjoying a glass of wine on the deck of a beachside cabin, watching the sunset. When she stood up he saw her reflection in the window and instinctively reached for his iPhone.

?My iPhone just happens to be sitting in my lap, so I hold up the camera, say ?hang on a second hon,? and snap this picture. It?s her profile, the sunset, the trees, and how you can sort of see inside the cabin in this weird mystical way?if you look you can even see the 70s lampshades and wood paneling.? READ MORE…

Ricoh’s been getting some love on its spendy GR series of late, but this new direction for what’s apparently slated to debut as a new “GXR” system is a wild one indeed. Basically, the camera comes in two parts, a body with an LCD, storage and accessory shoe (which works with an electronic viewfinder), and different lens / sensor combos which can be slotted into the body. READ MORE…

OneOn Software
The Plug-In Suite 5 is now being offered at $399 which is $200 off on Pre-Orders until November 10, 2009. It includes two of my favorite Photoshop plug-ins FocalPoint and PhotoFrame 4.5 Professional Edition.
FOR MORE INFORMATION…

By Todd Marten
While the Beatles may not yet be on iTunes, they’re still embracing new models of distribution. After making their music available in a video game in September, the Beatles will soon be releasing a limited edition custom-made apple-shaped USB drive containing all audio and video found in the recent re-mastered stereo box set. But it will cost you: The USB drive will be selling for $279. READ MORE…

Following the September 9 (9-9-09) debut of The Beatles? digitally re-mastered catalogue on CD, Apple Corps Ltd. and EMI Music are pleased to announce the worldwide release of a limited edition of only 30,000 Beatles Stereo USB apples on December 7 (December 8 in North America).
READ MORE…